The debate on the best way to brush your teeth could go on for years. Some dentists believe the 45-degree Bass method is best, while others prefer the circular but simple Fones method. Some dentists believe brushing should only take two minutes tops, while others see no point in brushing right after a meal because the bacteria are too quick to react. 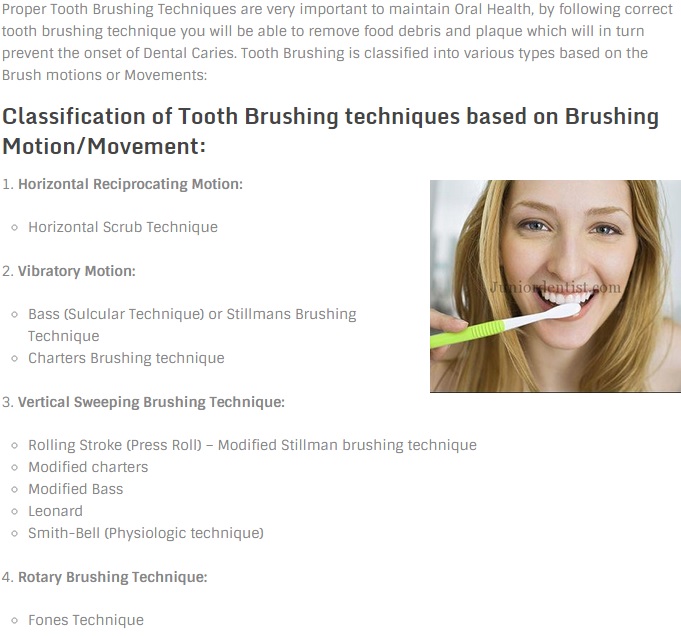 Yet no one technique has the upper hand over the other. Expert opinion still matters, but you may want to combine two brushing methods for twice the efficacy. Dental expert Varun Pandula explains the different brushing methods as follows.

As the name implies, horizontal brushing involves a left-to-right action (up-and-down along the dentition). It’s simple, but prolonged brushing can degrade the gums.

The Bass method falls under vibratory brushing, putting the brush at an angle to take advantage of the oscillation produced by the back-and-forth motion. For those with fixed orthodontic appliances, Charter’s method is designed to clean the nooks and crannies of teeth. It also calls for the brush to be angled at 45 degrees.

A lot of methods, including modified versions of the Bass and Charter methods, fall under the vertical sweep method. These techniques, according to experts, are designed to prepare kids for more advanced brushing methods. In addition, a recent study shows that vertical techniques remove more plaque than horizontal ones.

Fones’ method is the most well-known, if not the only, rotary brushing technique. Its simplicity enables children to adopt it easily, although some experts say it’s the least effective.

Based on these descriptions, it’s safe to say that relying on one technique can’t compensate for its limitations. In fact, the modified Bass and Charter’s methods clearly prove that a combination of several brushing techniques is synonymous with the adage: “Two heads are better than one.” For additional advice, however, it is best consult a Newport Beach dentist like Dr. F. Anthony Rich who has 35 years of experience in preventative, restorative, and cosmetic dentistry.

Such an experienced dentist would be in the best position to recommend the best technique for various patients. Brushing methods should be a part of biannual consultations, especially if the current method is doing more harm than good (i.e. bleeding gums). Follow the twice-a-year dental visit habit to a Newport Beach, CA dentist to ensure optimum oral health